Easy to back Embrun makes winning start in Ireland 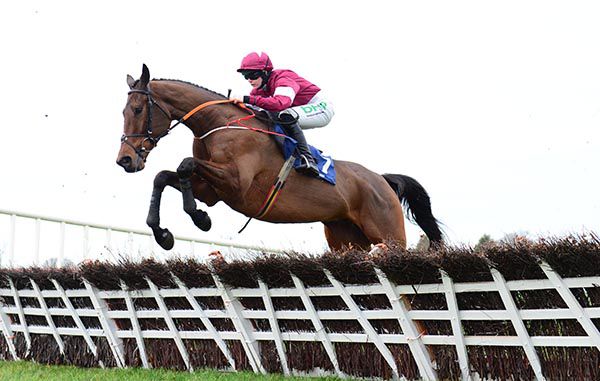 “We only got him during the summer. I couldn't be happier, it's a lovely start,” said trainer Henry de Bromhead after sending out the Gigginstown House Stud-owned Embrun Mitja (14/1) to triumph in the 2019 Naas Membership Maiden Hurdle.

Rachael Blackmore rode the French import, a winner over there at two miles one in March, and this success puts the former champion conditional on to the 66-winner mark for the 2018/19 campaign.

That's three behind Paul Townend (69) and the Cork man was aboard Face The Facts (4/5 favourite) for this two mile three furlong event.

Willie Mullins' charge had every chance but eventually had to yield by half a length to Embrun Mitja, with two and a half lengths back to Young Ted (3s into 2s) in third.

“His jumping was okay, he probably can improve on that. Rachael gave him a super ride and I love the way he battled it out after the last," further reflected de Bromhead.

“He's just not clever when he's in tight but we can work on that. He's a lovely horse and obviously has a good engine.

“He's a big tall horse and a real chaser in the making. He has a lovely way of going.”