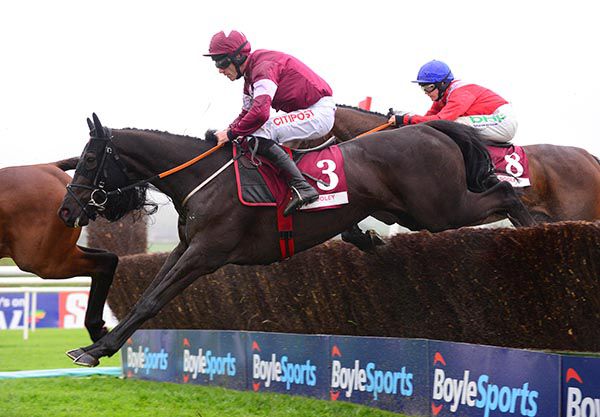 Delta Work had his odds halved for next year's Cheltenham Gold Cup with an impressive win in the Grade 1 Dooley Insurance Champion Novice Chase at Punchestown today.

BetfairSportsbook later cut Delta Work's odds for next season's Gold Cup from 20/1 to 10/1 and an impressed Elliott later commented “he could be anything and is a horse to really look forward to. The Gold Cup is the plan (for next season) and that’s where we’ll go.

“He was in his own rhythm the whole way, and never looked out of his own comfort zone.

“I haven’t given him much work since Cheltenham and just kept him hacking away. We kept it simple and it’s great for everyone in the yard as well as Davy (Russell) and for Gigginstown who are big supporters of the yard.

“We knew we were light on bullets this week so it’s nice to get a Grade One on the board the first day."

The win was Elliott's second on the day, having won the earlier Landrover Bumper with Festival D'ex