Elliott doubles up with Star Maker 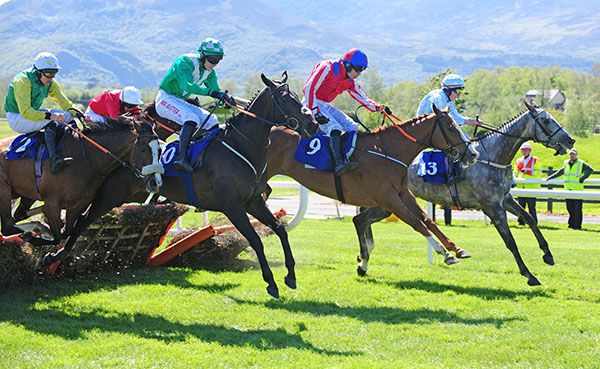 Fully six horses held a chance at the last in the Grade B Kelly Brothers Handicap Hurdle in Killarney but it was Star Maker who finished off best of all to take the spoils.

The son of Mastercraftsman was noted moving onto the heels of the leaders before the second last. Denis O'Regan then switched him right for daylight racing to the final obstacle.

He made good headway to jump the last on terms with La Sorelita and quickly grabbed the initiative on the run-in.

The five-year-old gelding was driven out to score by half a length from fast-finishing Tudor City (6/1). Ejayteekay (10/1) was two and a half lengths further back in third.

Denis O'Regan said: "I rode him for luck and Gordon said to drop-in and ride him for a bit of luck.

"He jumped well and turning in I thought we'd be placed and when I pulled him out before the last he picked up a little bit and and a good jump at the last was enough to win. I think he won going away and he is a grand summer horse."

"The nice ground played to his strengths."

O'Regan put up 1lb overweight on the winner.