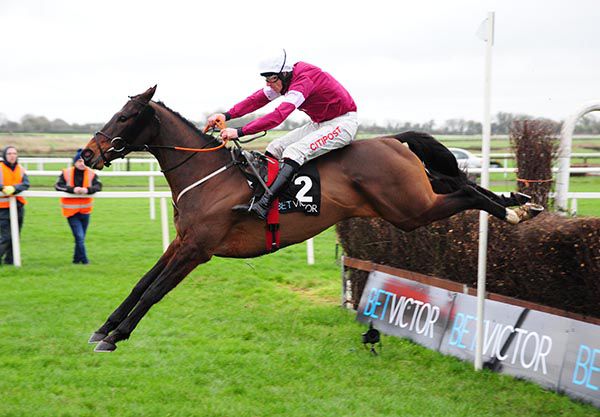 The six year old gelding was a year younger when winning a Grade B 'prep' at the Co Meath venue in December and today, over a furlong further 2m1f, defied a 10lbs ratings hike in the Grade A chase when beating stablemate Cubomania by half a length.

Elliott had earlier initiated doubles for both himself and owner Michael O'Leary (Gigginstown House Stud) with Surin and following his latest win, said “he's (Duca De Thaix) a grand horse. We thought last year he was a very good horse and just with this and that things didn't work out for him.

“He showed there today that he's not a slow horse, he's got plenty of speed and a bit of class so he's a nice horse.”

He added “if you had ten horses like (runner-up) Cubomania in the yard you'd be laughing as he runs his race every day.

“They'll probably both end up at the Dublin Racing Festival and from there we'll see what happens.”