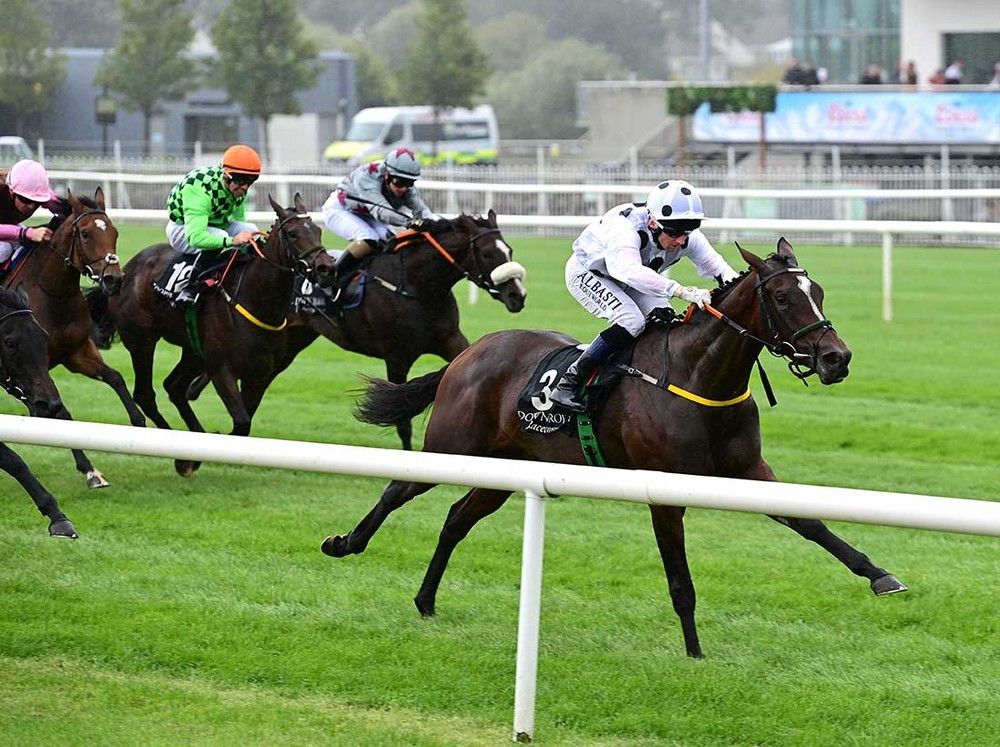 Having tracked the leaders travelling well, the Mukhadram filly went past market rival Alabama Pearl (9/4 fav) inside the final furlong to win by two and a quarter lengths. Outsider La Tulipe Noire stayed on for third, another three parts of a length back.

The winner had been placed on her first two starts.

Noel Meade said: "She's a nice filly and we've always thought a lot of her and she didn't cost a lot of money, so she gets into those races.

"She'll go to the final now in Naas and I think we will leave her for the winter, she's a big filly.

"I think she will handle soft ground well.

"She has been picking up every time."