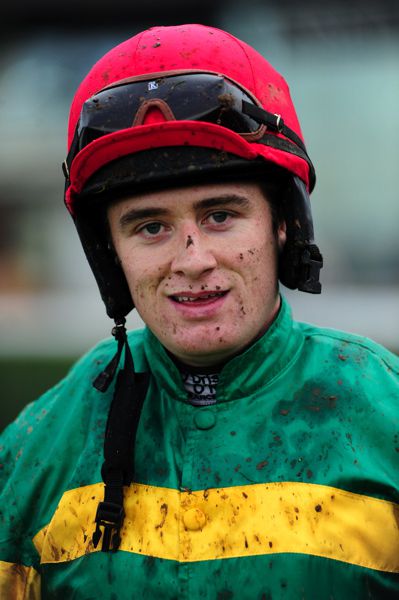 After taking the last with Robin On The Hill yesterday, Mark Enright, Aidan Fogarty and his father Joe combined for another success at Punchestown this afternoon, as Gliondar Mo Chroi rallied late to land the Racing TV Home Of British And Irish Racing Novice Handicap Hurdle.

Having recorded her first success at Ballinrobe in September, the five-year-old daughter of Stowaway was last seen finishing a good third at Limerick over Christmas.

Sent off a 6/1 chance today, the brown victor raced behind the leaders on the inner, and was pushed along in third from early in the straight.

She went second before the last, and rallied gamely when switched to the outer after that flight, hitting the front close home before going on to prevail by half a length.

The 7/2 favourite British Art was the one reeled-in, and he had to settle for second under Barry Browne for Keith Watson.

The front two went seven lengths clear of the third, and that Hussle Up who was returned at 12/1 under Katie O'Farrell.

Enright said afterwards: "I know Aidan and Joe for years. I started off in Tommy Stack's as an apprentice and I rode a good bit of work for Aidan. He's a great man to get me off the cold list!

"He told me before I went out on the other one yesterday that this one would win today. He does a great job with them. He said they would need it in Limerick at Christmas and they were bang on here.

"This one is fairly keen and I was able to get a bit of cover down the paint and got a nice run up the inner. When we switched out I always knew I was going to get there."

J.W. Kennedy, rider of Overbury Prince trained by Terence O'Brien, reported to the Clerk of Scales that his mount hung badly left and did not jump fluently.