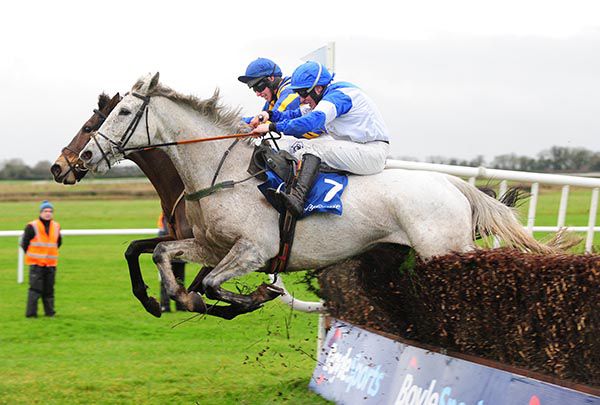 Enright fractured his T6 vertebrae and incurred a neck ligament injury in a fall at Limerick October 14 and having returned to action nine days ago, today was seen at his strongest when forcing Mick The Jiver to a half length win over Consharon Boy

Winning trainer O'Grady later stated “he jumped and stayed. He appreciated that trip today and he probably wants three miles at this stage of his career.

“He'll go for something similar and he might get an entry in the Thyestes or something like that. He'll go up a bit after that and there's not much else for him.”