Escape out for quick follow-up at Downpatrick 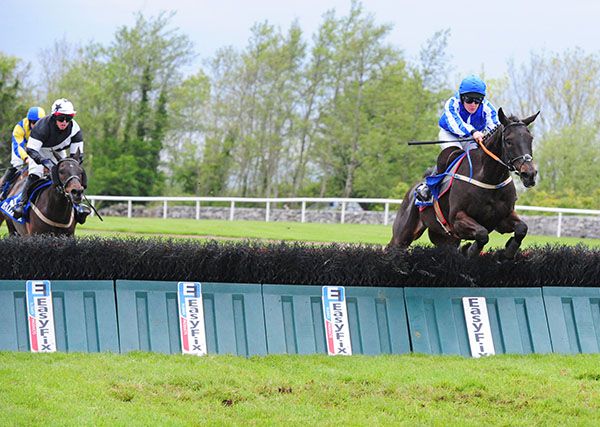 Classic Escape will bid to quickly follow-up on his recent Ballinrobe success when he lines-up in the Portman Dental Care Handicap Hurdle at Downpatrick.

Having failed to land a sizeable gamble at Limerick on his penultimate start, the Denis Hogan-trained six-year-old recouped losses in style on Tuesday.

Coming home 12 lengths to the good, the son of Golan was unsurprisingly raised to a mark of 103, from 92, but he will carry just a 4lb winners’ penalty here. Pump Road was also successful at Sligo recently and he is likely to give a good account of himself, while others for the shortlist are Manomine and West Is Best

Andrew Ring will be aboard Manomine and he takes the ride on Shimmer And Shine in the Molson Coors Laffy Bar (Mares) Handicap Hurdle.

Third on his last two starts, the son of Flemensfirth can be expected to go close here, with Castlebellingham and Monition his chief rivals.

Gordon Elliott and Gigginstown House Stud are the connections of the latter, and they are represented by Coolongocook in the C Russell Auto Sales Maiden Hurdle.

A dual winner on the level in the UK for Luca Cumani and purchased for £160,000, he was a solid fifth on his debut over flights at Gowran in February.

He can be expected to come on plenty for that performance and should be able to get the better of Mister Capitano and Xinbama here. Different Spot who is a half-brother to 2013 Kim Muir winner Same Difference, might be able to take the Molson Coors Maiden Hunters Chase, while Cap’n and Well Joey are perhaps the two to focus on in the Randox Health Congratulating Tiger Roll Handicap Chase.

Samcro’s half-brother Think Positive has been disappointing in two starts to date, but he is still likely to prove popular with punters in the concluding Molson Coors INH Flat Race.