Flight Risk getting less fussy and better with age 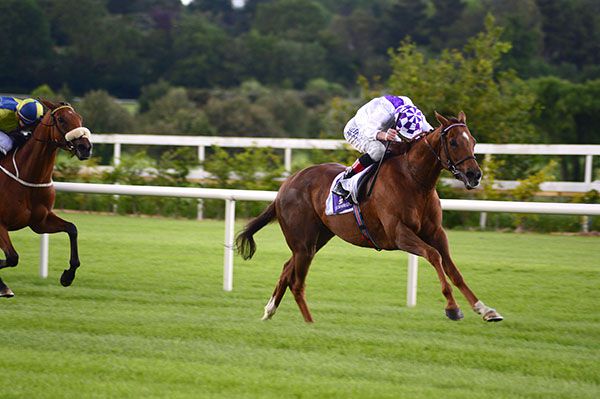 Favourite Flight Risk (11/4) could hardly have done it any better than when taking the Listed Holden Plant Rentals Glencairn Stakes at Leopardstown this evening.

A winning margin of three and a half lengths tells you all you need to know about the eight-year-old’s level of superiority as Jim Bolger’s fine servant showed younger rivals who was boss under Kevin Manning.

Held up, Flight Risk was seventh at the halfway stage.

He made progress in fifth two furlongs out, and ridden to lead a furlong out, the likeable chestnut kept on strongly in the final furlong, to comfortably account for the staying on Hand On Heart

“He did it well and is getting better with age. He likes a good pace, and nowadays is not as fussy about the going. He quickened up nicely," reflected Bolger.

“He’ll probably come back here next Thursday (for the Plusvital Ballycorus Stakes, a race he won two years ago).”

That 2017 Ballycorus Stakes triumph was his most recent victory prior to tonight's return to winning ways.