Foley steps in for winning 'spare' on Halford's Balefire 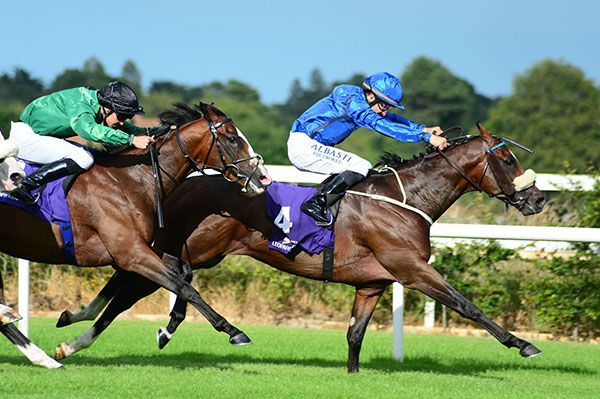 The son of Shamardal gained a maiden win at Cork in May before being paced in two subsequent handicaps and today made all when holding off the challenge of Cosmic Horizon by half a length.

Trainer Halford later said “we kept it simple; it was a small field for a nice pot which surprised me a little bit.

“They are his ideal conditions a mile on that ground and he quickened up and did it well. He’s very consistent, and I had my eye on his race for a while.

“I don’t think Galway would be his cup of tea. Its hard work for a three-year-old there and it can be over very quickly for you.”

Jockey Foley, now stable jockey to Jessica Harrington, was riding his 41st winner of the season and was capitalising on Halford's principal jockey Ronan Whelan's inability to ride at 8st8lbs on Balefire.