Footpad aiming to bounce back in Ryanair 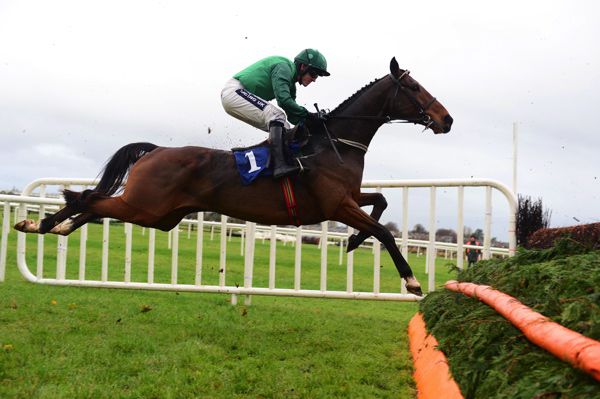 Willie Mullins is hopeful Footpad can bounce back to his brilliant best in the Ryanair Chase at Cheltenham on Thursday.

The seven-year-old was the dominant force in the two-mile novice division last season, winning each of his first five starts over fences including a wide-margin win the Arkle Trophy at last year’s Festival.

His reputation has been dented this term — suffering an injury and falling on his reappearance at Naas before being mowed down late by Nicky Richards-trained veteran Simply Ned at Leopardstown’s Christmas meeting.

However, Mullins has been encouraged by Footpad’s recent homework and feels a return to form could be on the cards.

He said: “Footpad schooled very well lately and he looks more like the old Footpad from last year, so hopefully that is a good sign that he is starting to find his form.

“We have been lucky with horses finding their form coming into Cheltenham.”

Footpad is one half of a formidable twin assault for Mullins, with the admirable veteran Un De Sceaux also in contention.

The 11-year-old is a dual Festival winner having won the Arkle Trophy four years ago and the Ryanair in 2017. He has also finished second in the Queen Mother Champion Chase and when defending his crown in this race 12 months ago.

Despite his advancing years, Un De Sceaux proved he is no back number when giving Altior a run for his money on his only previous start this season in the Tingle Creek at Sandown.

Mullins added: “This year has not been Un De Sceaux’s year in terms of ground. Even when he ran at Sandown, they had a lot of rain just before and the ground was quite loose on the top, but it was still good ground underneath and I was glad that he came back from that race sound.

“The enthusiasm he has is still there and he is in particularly good form at the moment — he just seems to be coming right at the right time.” Balko Des Flos inflicted a shock defeat on Un De Sceaux 12 months ago a and is back to defend his crown as one of three runners for Henry de Bromhead, the others being outsider Sub Lieutenant and recent Red Mills Chase winner Monalee

The latter is towards the head of the betting and De Bromhead hopes the decision to run in this race rather than the Magners Gold Cup will pay dividends.

“He’s in great form. He’s had a good season and won well the other day.

“We’ve tried three miles the last couple of years, so we’ll drop back a little bit and see if we can win this year.” Road To Respect finished fourth in last season’s Gold Cup and looked set for another tilt at the blue riband before connections had a change of heart and opted to run him over this shorter trip, following his narrow defeat to Bellshill in the Irish Gold Cup at Leopardstown.

“He’s in great nick and I couldn’t be happier with him — he’s been fine since his last run in Leopardstown,” said trainer Noel Meade.

“We just felt he didn’t jump as well as he can because of the quick ground that day. Hopefully he’ll jump a bit better in Cheltenham and he goes there with a fighting chance.”

Eddie Harty’s Coney Island and Gordon Elliott’s The Storyteller complete a formidable Irish challenge, while the home team is headed by the Paul Nicholls-trained Frodon

He also looked set to bid for Gold Cup glory after claiming a fourth Cheltenham win in January’s Cotswold Chase, but the 10-times champion trainer ultimately felt the Ryanair was a better option.

Nicholls said: “I think the Ryanair is a more winnable race and with the ground going testing it’s the sensible thing to do.

“We know he acts on the track and the ground.

“If the ground had been really, really good we might have looked at the Gold Cup, but he’s only seven and he can go for that another day.”

“He got absolutely wiped out by Clan Des Obeaux at Ascot the other day, which proved to me that Clan Des Obeaux is a hugely improved horse,” said the Seven Barrows handler.

“I’m not sure Terrefort is an out and out stayer and that is why we are coming back into the Ryanair.

“I’m hoping this is the right trip.”