Frankly does the Talking for Watsons 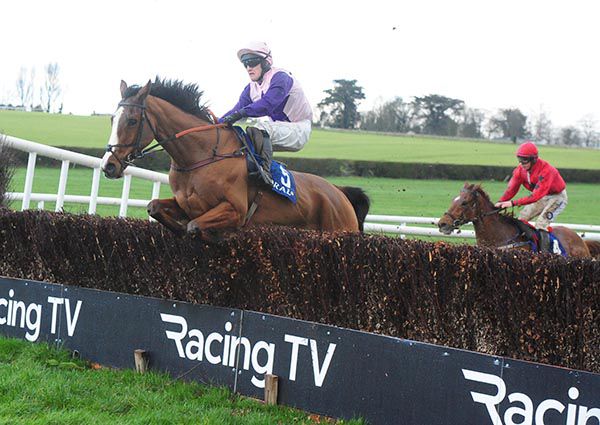 Frankly All Talk made the trip south from Armagh worthwhile when landing the Coral Free Bets For Lengths Rated Novice Chase at Clonmel.

The Fracas gelding, runner-up on debut in a point-to-point at Loughrea last May and placed a few times since under rules, was opening his account here under a positive ride by Andrew Ring.

The 7/1 chance overcame a slow jump at the last to beat Tell Me Annie by three and a quarter lengths, with 13/8 favourite Exactoris finding no extra a further three lengths adrift in third.

Winning trainer Keith Watson’s son and assistant Marshall said, "I'm glad to get that as I've had a run of seconds and thirds since Boxing Day and we'd had a lot of horses running well but just couldn't get a winner. Clonmel has been lucky for me though.

"We always thought the world of him. He was second in his point to point but things didn't go right over hurdles and he's not really a hurdler.

"Once he went chasing he improved away and he wants further than three miles. He will stay in an Ulster National and that's where he'll go next."