Franklyn doubles up for Howard 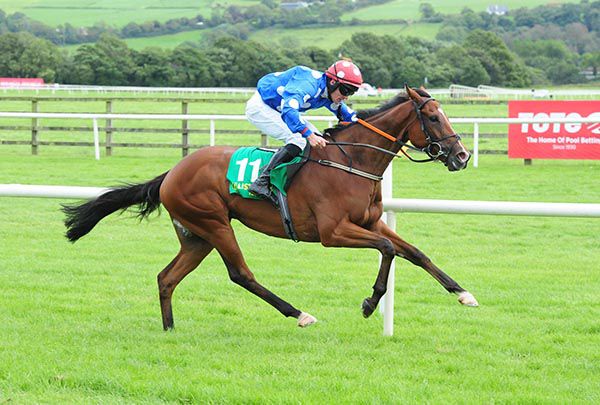 The rapidly-improving Franklyn (7/4 fav) won for the second time in two days at the Harvest Festival when he landed the Byrne Family Handicap for Aidan Howard and Simon Torrens.

The victorious Archipenko gelding has now won four of his five starts since entering handicap company.

"I had to come here when the handicapper gave him 9lbs. Simon claimed 7lbs though, he is full of confidence after riding a double at Wexford the other day and has a lovely pair of hands.

"I was hopeful coming here today and Jennie Lynch and the lads in the yard have done a fantastic job with this horse.

"I brought him home last night and had him out for a pick of grass this morning and got electrolytes into him and it made all the difference.

"He is entered at the Curragh on Sunday but won't run and he'll have a couple of weeks off now. He is for sale and could go to the Sales soon and is a jumper in the making."