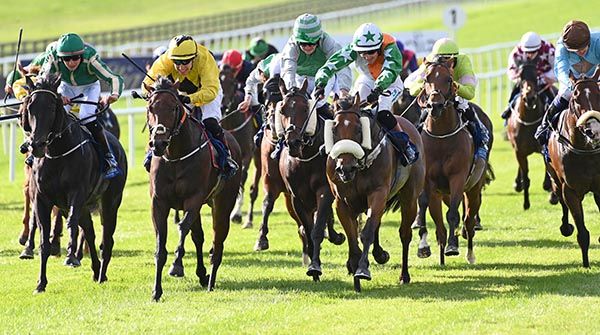 The John Geoghegan-trained gelding had run well at Gowran in May but showed little on his return to action at Punchestown recently.

Clearly benefiting from that pipe opener, he stayed on dourly under jockey Tom Kiely Marshall to collar longtime leader Star Of Cashel late on.

“It wasn't expected, we were disappointed with him in Punchestown but Gary (Halpin) said he needed it,” said Geoghegan.

“For a small horse he's very stuffy and he's obviously come forward from the run the last day.

“If he had finished in the first five or six I would have been happy. Tom said he gave him a great ride and stayed at it really well, and went on the ground.

“We're thrilled as we were disappointed the last day. He ran well in Gowran and we were happy with him that day. He's probably still a bit babyish.

“We're only a small yard, with two riding out at the moment, and when he's in among horses he's probably a bit babyish.

“We'll keep going while there is a bit of juice in the ground as he obviously doesn't seem to have any problem going on it.

“We're happy with this one and if we could get another one it would be great.”