Friendless Mate is still the Chosen one 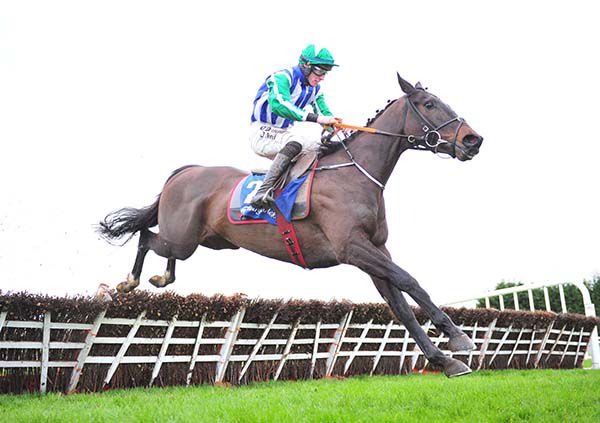 Chosen Mate defied a huge market drift to land division one of the Free Racecourse Wifi At Fairyhouse Maiden Hurdle.

The Gordon Elliott-trained gelding was making his debut under rules having won a point-to-point last autumn but was friendless in the ring and went off a 14/1 chance having been as short as 7/2 in morning price lists.

However Jack Kennedy’s mount took control after two out and stayed on well to score by five lengths. Ocean Voyage made it a 1-2 for Elliott when staying on into second place on the run-in, while 13/8 favourite Fenta Des Obeaux could find no extra after pecking on landing at the second last eventually finishing third.

The Charles Byrnes-trained Poseidon was the medium of a significant gamble (22/1 earlier in the day and sent off 11/4) but was one paced in the straight to be soundly beaten in fourth.

Elliott said, “He's a grand horse and there is a lot of improvement in him. I thought he'd be a horse that would run respectable and could come back for a bumper. He has a good future, he's a big chaser.

“I think there is a novice hurdle at Punchestown for him on February 10th.”