Galeola thriving for Lavery and Colgan 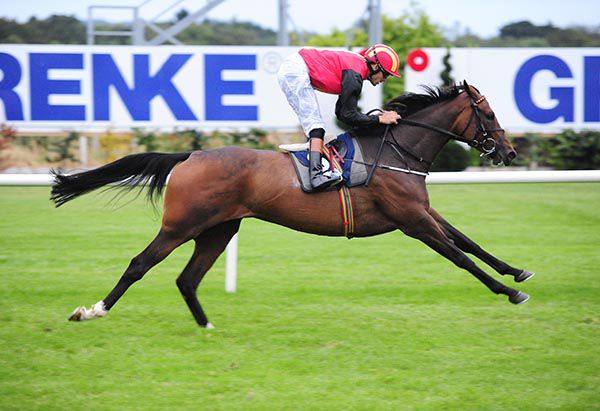 Galeola (3/1 fav) is a filly on the up and she travelled well throughout for Robbie Colgan in the concluding Manguard Plus Handicap before running on to beat Moonmeister (10/1) by two lengths.

There was a dawdling gallop in this 1m 7f test, and the winner was keen under restraint, but was clearly going best as she moved up to challenge the leaders early in the straight, and found plenty to reverse Curragh form with the runner-up.

Halimi (7/2) was third a further length and a quarter away.

The winner, a four-year-old daughter of Rip Van Winkle, was making it three wins from four starts since going handicapping, and delighted winning trainer Sheila Lavery said: “The ground really worried me because we thought she was better on soft but Robbie said she strode out to her chin.

“He said when he came in that there was no doubt because he was taking a pull the whole way and he said the hardest job was holding her.

“I threw her into the Give Thanks Stakes at Cork on Sunday. I think she's at that level.

“Being a filly it's worth trying. I'll see how she comes out of this tomorrow but I think I would like to go and try and get a bit of black-type.”