Game collects again in Devenish but race marred by fallers 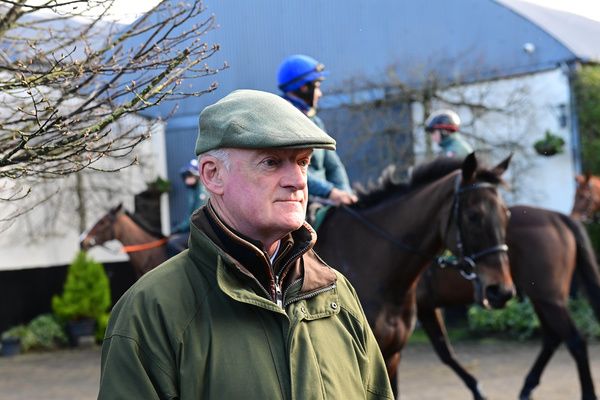 It was a bitter sweet victory for Willie Mullins in the Devenish Chase at Fairyhouse as Easy Game landed back to back victories in the race.

The champion trainer saddled four in the Grade 2 contest but Blackbow took a fatal fall at the fourth fence in the race. Janidil also exited three fences later and Cilaos Emery inherited the lead at that point in the two-mile-three contest.

His stablemate Easy Game was produced to challenge jumping the final fence, by Brian Hayes, and went on bypassing the normal last to post a seven-and-a-half length success.

“It was a little fortuitous. I thought the horse would need the race but he finished out very well and jumped well,” said Mullins.

“I'm very happy for Nick Peacock, the owner. It's disappointing with Janidil falling and the other fella unfortunately didn't make it. Unfortunately that's the ups and downs of the game.

“He is a big loss. I haven't had a chance to talk to Paul (Townend) yet but I'm not sure if he had a heart attack before the fence as he didn't get up at all.”

Hayes added:- "I knew it was just a matter of getting round when the top two fell.

"He is a very good horse. I was happy to kick on in front when I was on such a good horse."