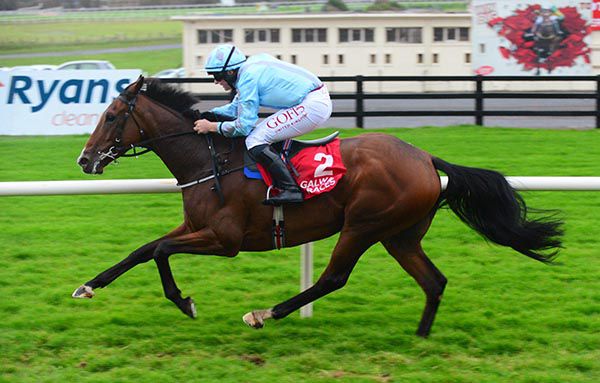 Gigginstown won yesterday's bumper finale at Fairyhouse with Gordon Elliott's Fury Road and Midnight Run today quickened up well in the home straight to beat Column Of Fire by three and a half lengths.

O'Brien wasn't present and Hamilton later said “he’s come on a lot and he’ll come on again. He won first time out in Galway very well, and he had a good run in the Listed bumper behind Envoi Allen who everyone knows about. He’s come forward lovely and did that well.

“It was very tactical with just four runners but they went a decent enough gallop and he picked up off it well. He’s a smart horse and one for the future. His full-brother (Carefully Selected) was second in the Champion Bumper at Cheltenham.”