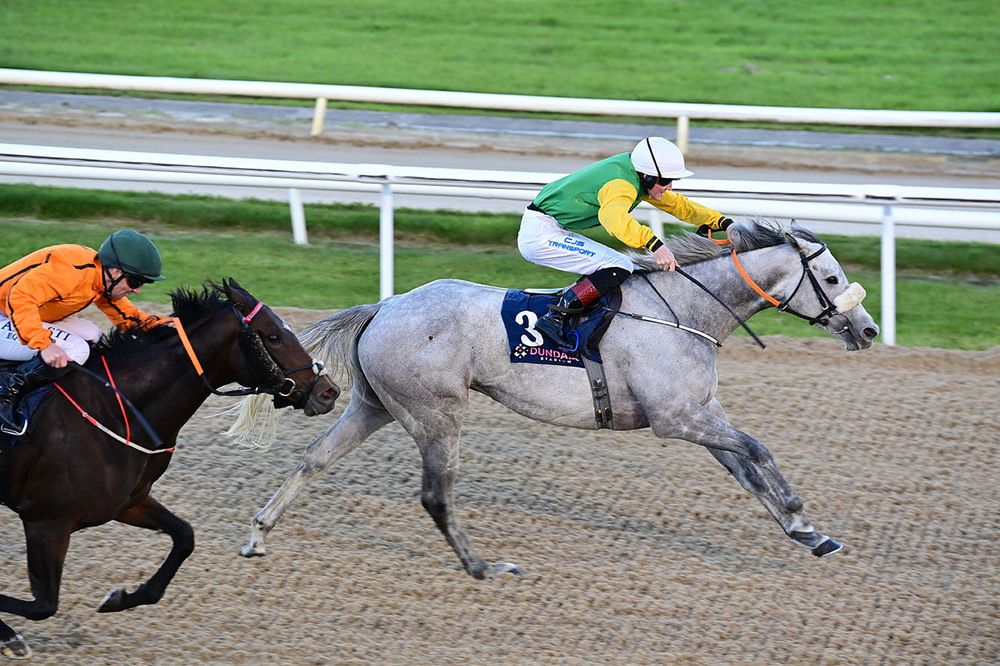 Hodd's Girl made it two from three since joining Ado McGuinness when claiming the 47-70 contest over seven furlongs at Dundalk.

The grey filly had won impressively on her first outing for the Lusk handler at Naas last month before finishing third at Laytown eight days ago.

Adam Caffrey, who had partnered her to success at Naas, was back in the plate today and gave the 8/1 shot a well-timed hold up ride.

McGuinness said afterwards:- “He gave her a great ride because we were drawn wide enough.

“I told him to jump out and get the best possible position and tighten up around the bend. That's exactly what he did and he didn't panic up the straight.

“The horse was there to take him where he wanted to go which was a big help.

“She's improved and we'll probably have a shot at a bigger handicap here later on, either over six or seven.

“She loves the surface, she likes a good solid surface. She's an easy filly to train, we haven't murdered her since she ran.

“She was third on the beach last week and she enjoyed that day as well.

“We'll keep going with her and the handicapper will soon tell us when she's going to stop!

“She's a fun filly and we'll have a bit of craic with her.”