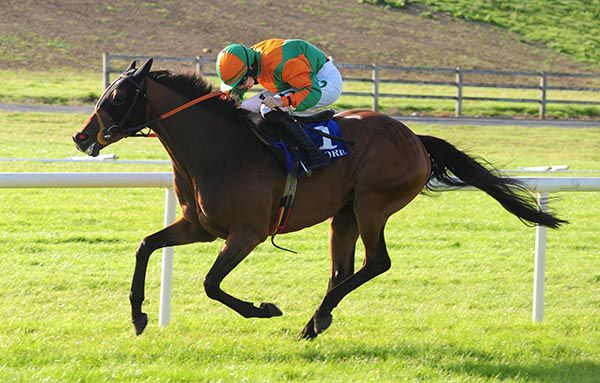 Act Of God was another to justify his short price when takin the Dan Cowman Memorial Maiden at Tramore.

Rachael Blackmore held up the 9/10 shot in the early stages of the mile-and-a-half contest before taking closer order across the top.

He swept into the lead shortly after the two pole and soon asserted to settled matters, going on for a three-and-a-quarter length success. Convara won the battle for second with long-time leader Da Dou Ron Ron

Act Of God had also won his maiden hurdle here on his first outing for O'Grady back in late May.

“They went very hard early on and it probably suited him the way it turned out,” said O'Grady.

“The ground has improved from yesterday, which is a help, I was pretty concerned when I was here last night.

“He's probably a bit unlucky not to have won his maiden before now. We might give him another run on the Flat before we got back hurdling with him.

“He's been busy enough, he'll keep going to the autumn and we'll see how he handles the softer ground then.

“I think he'll be more of a spring come summer horse and I'd like to have him for the spring.”