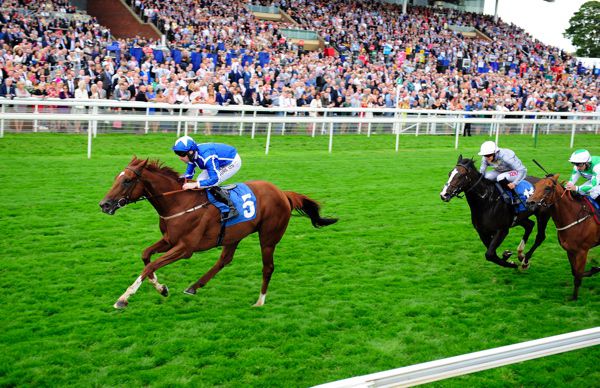 Flaming Spear is enjoying a winter break before being prepared for the 2019 campaign, with the All-Weather Championship Finals at Lingfield on Good Friday, April 19 an early objective.

The six-year-old, carrying the colours of Brighton chairman Tony Bloom, booked his place by winning a Listed fast-track qualifier over a mile at Kempton last month.

While trainer Dean Ivory has Good Friday in mind, he is looking at the entire year as Flaming Spear is also a proven performer on turf.

“I’m just giving him a little time off. He’s having a freshener at the moment,” said the Radlett handler.

“The all-weather finals are the plan. We’ll get him back next year, I’ll have a little look and if he comes right he does and if he doesn’t, that’s how it goes.

“The main thing was the qualifying race and he won it.

“I’ve got a bit of time on my hands with him. It’s going to be a long season next year, so I won’t be in too much of a hurry.

“He’s a very versatile horse. We wanted to win with him and that race happened to be a fast-track qualifier.

“I had it in mind for a while. He won it nicely, but Lingfield is a different ball game altogether to the other tracks.”