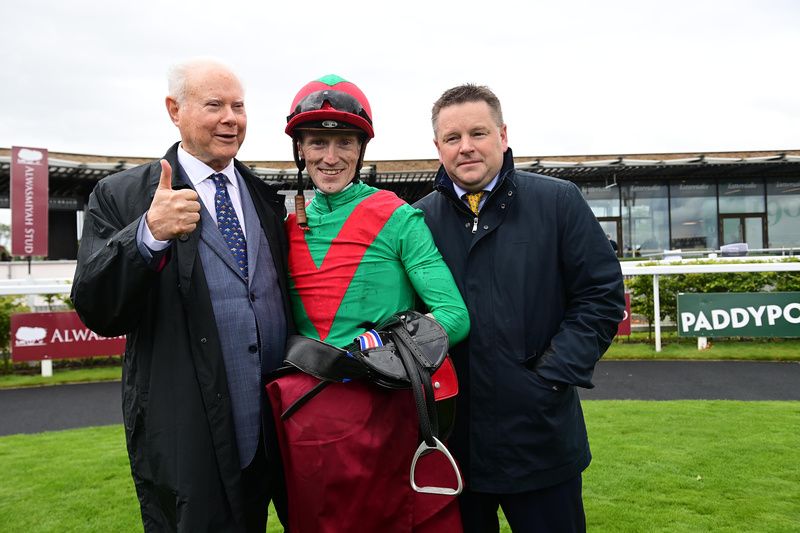 The four-year-old returned from a 287-day break to land the Pretty Polly Stakes, beating a field of top-quality fillies and mares on her first start at the level.

The victory followed a superb three-year-old season in which the bay was beaten only once in five runs, stepping easily through the ranks to end the campaign with a Group Two win over Aidan O’Brien’s Love in the Blandford Stakes.

Both the headline meeting at Goodwood and York’s Ebor Festival are now under consideration for the daughter of Ruler Of The World, who runs in the red and green silks of Team Valor.

“We were delighted with her, she did what we hoped she’d do,” said Twomey.

“She’s come out of the race very well, she has entries in the Nassau Stakes at Goodwood and the Yorkshire Oaks. We’d like to think one of those would be her next start if everything goes to plan.”

Twomey purposely entered the filly for a late seasonal debut with an autumn and winter programme the plan, and after the Pretty Polly triumph there were mentions of races such as the British Champions Fillies and Mares Stakes, the Prix de l’Arc de Triomphe and the Breeders’ Cup.

The trainer said: “We intentionally started her mid-season with an autumn campaign in mind, she’s well and she’s fresh and she’s taken her run very well — I’m very happy with her.”

Pearls Galore is another high-calibre and consistent mare from the Twomey yard, a five-year-old last seen winning the Group Two Lanwades Stud Stakes at the Curragh in May.

A return to top company now awaits on the other side of a tilt at the Group Two Minstrel Stakes, after which a series of international targets are pencilled in.

“Pearls is in good form, I’d say the plan is to run her in the Minstrel Stakes at the Curragh on Sunday week,” said Twomey.

“If she runs at the Curragh it will hopefully be Group Ones from there on for the rest of the year.

“She was good the last day and the form has worked out well, I think the race at the Curragh might be a suitable stepping stone for Group Ones later in the year.”

Twomey was represented in the Irish Derby by French Claim, who ran an excellent race to be third under Billy Lee on good ground at the Curragh.

The trainer expects the colt to benefit from a longer distance and touch more cut in the ground, with races such as the one-mile-six-furlong Vinnie Roe Stakes and the St Leger mentioned after a few further Group options over a mile and a half.

“We were very happy with his run in the Derby, on ground that was probably as quick as he’d like it,” he said.

“He came out of the race well and I’m very happy with him.

“I think our fella is a stayer, I think staying will be his game with a bit of ease in the ground.

“He has a Voltigeur entry and the Gordon Stakes at Goodwood would be an option, the Vinnie Roe Stakes at Leopardstown as well. If everything went to plan I think he might make into a Leger horse.”