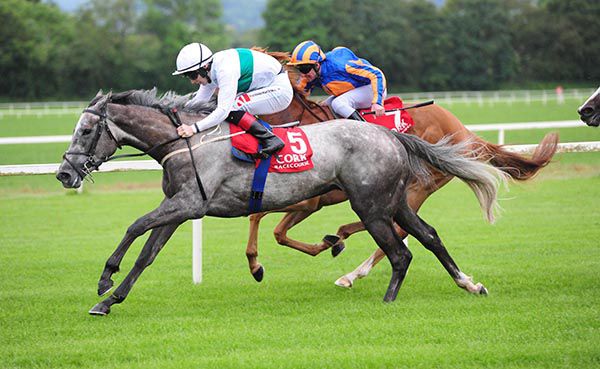 Who’s Steph looks talented enough to give weight away to her rivals in the Listed Irish Stallion Farms EBF Hurry Harriet Stakes at Gowran Park on Wednesday.

Ger Lyons’ filly carries a mark of 108 into battle after winning five of her 10 contests, including the Group Three Munster Oaks when last seen at Cork in June.

She needs cut in the ground, which she will get, and she won a Listed race by eight lengths over course and distance in May.

Lyons thinks plenty of her and a good performance would be expected on her way to more Group-race engagements.

Joseph O’Brien runs four and Aidan O’Brien is triple-handed — the latter has prospects with Goddess, who was second in Group Two company at the Curragh last month.

Jim Bolger’s Trossachs can resume a winning thread in the McEnery Cup Handicap after his bid for a four-timer at the Curragh was halted by Il Paradiso.

Bolger also saddles Geometrical for the Irish Stallion Farms EBF Maiden after a promising runner-up finish in Naas behind Harpocrates, who was then placed in Listed class.

Aidan O’Brien, who trains Harpocrates, sends three unraced Galileo colts into action and they must be monitored in the market.

Master Speaker finished unplaced in the valuable ‘Ahonoora’ Handicap at the Galway Festival and ought to avail of a big drop in class for the Community Day September 21st Claiming Race.

The extended nine furlongs is a new trip for him, though.

Mokhalad was a good winner in Bellewstown and has every chance of following up off 5lb higher in the Book Direct On SpringhillCourt.com Handicap.

Darkened was no match for runaway winner Lancaster House at Galway, but sets the standard in the Irish EBF Supporting Irish Champions Weekend Maiden.

Scorpion Black can sting the opposition in the first split of the 33% Off Tickets @ gowranpark.ie Handicap, with Shane Crosse’s 5lb claim off-setting his rise for winning at this track in June.

Invincible Queen was not beaten far into fourth at Bellewstown and has to go on the shortlist for the second division.