Gran Jeste back in a winning groove 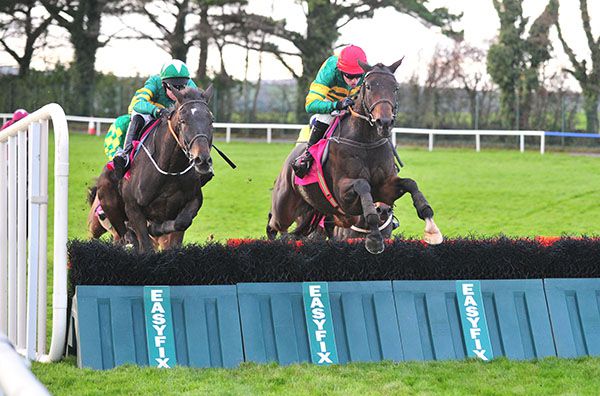 Gran Jeste (10/1) bounced back to form with a vengeance in Ballybrit.

The six-year-old gelding had plenty on his plate approaching the penultimate flight in this extended two mile five handicap hurdle but landed full of running on the outside.

He swept round around the field to take a narrow lead at the last and was driven out by Jody McGarvey to fend off a persistent challenge from Pivotal Flame (9/2) by two and a half lengths.

Owner JP McManus had a one-three as Fitzhenry (11/2) came in four and a quarter lengths behind Pivotal Flame.

Trainer Liz Doyle said: “He wasn't firing for me last year for whatever reason but he is in a better place this year and was fit and well.

“He needs soft ground so we had a nightmare year with him last year but I still didn't think he was 100% last year. He's much better this year and got a lovely ride today.

“We'll look for another handicap and he jumps a fence well so we'll go that way too.”

This was Gran Jeste's third career victory having won a bumper in Thurles and a maiden hurdle at Navan, both in 2017.