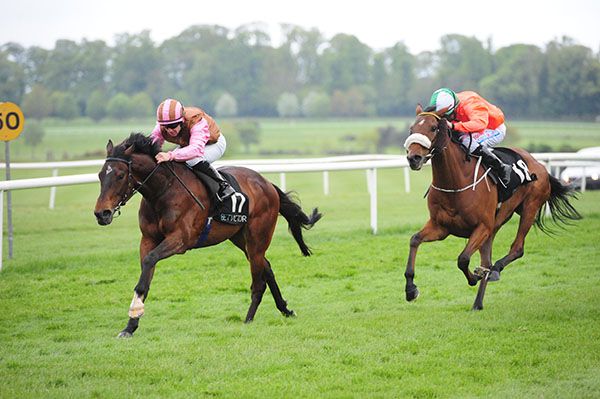 Last Sunday's 1,000 Guineas winning jockey Wayne Lordan was on the mark at Gowran today as Hermosa's jockey landed the BetVictor Handicap on Linger which registered a fourth career success on his first start for new trainer Joseph O'Brien.

Linger had won three times for previous trainer 'Shark' Hanlon and having been purchased for GBP8,000 last December, today scored a length and a quarter success over Molly Kaye

Following the race O'Brien stated “they went quick up front and the race probably fell apart a bit in front of him. Wayne gave him a lovely ride.

“He's been off the track for a while and he won off 49 so hopefully he'll get another go.

“These races over this trip (1m6f) in this grade are few and far between so our hand will be forced where we go next. He obviously has the option of going hurdling and chasing as well.”