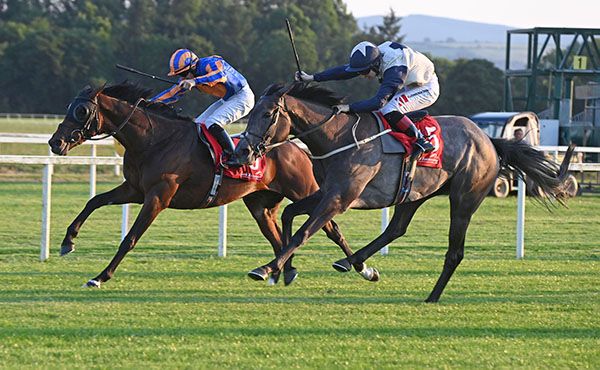 Sporting first-time blinkers, the Galileo colt had seen off several challenges by the time newcomer Star Kissed made her bid racing to the final furlong. The latter spoiled her chance by drifting left just as she had joined the market leader and, although she rallied close home, Gulliver's Travels was a head to the good at the line.

Outsider Pahlavi was a length and three quarters further back in third.

Aidan O'Brien trains the winner and, like Lordan, was completing a double having landed the opening juvenile maiden with Tiger Paw

Stable representative Chris Armstrong said: "He is a well bred horse and is a brother to Magic Wand. He had a lovely run the first day, we put a line through his Limerick run and Wayne gave him a lovely ride from the front throughout today. He keeps plenty back for himself and he made his mind up.

"He stays very well and will be one for the staying handicaps for the back end of the year. The blinkers helped him to concentrate and to coax every bit out of him. He keeps plenty for himself."