Halimi sticks his neck out to score in the Curragh 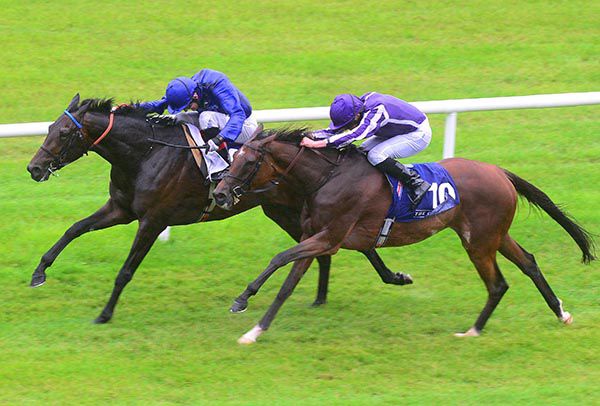 Halimi toughed it out well off the front in deteriorating conditions at the Curragh.

The Teofilo colt was always prominent in this mile and a half maiden before assuming the lead inside the final mile.

He was ridden over two furlongs out by Kevin Manning as Quote threw down her challenge on the outer.

Quote was almost on terms entering the final furlong but couldn't conquer the game leader who found that bit more to win by a neck.

He rewarded favourite backers at 9/4 while runner-up Quote was a 7/1 chance. Rayounpour (7/2) completed the placings in third, some five and a half lengths adrift.

“He could step up in trip and we'll probably look for a handicap now.”

Halimi had attained a mark of 76 after five appearances that yielded two runner-up finishes and a fourth in the Ulster Derby at Down Royal last month.