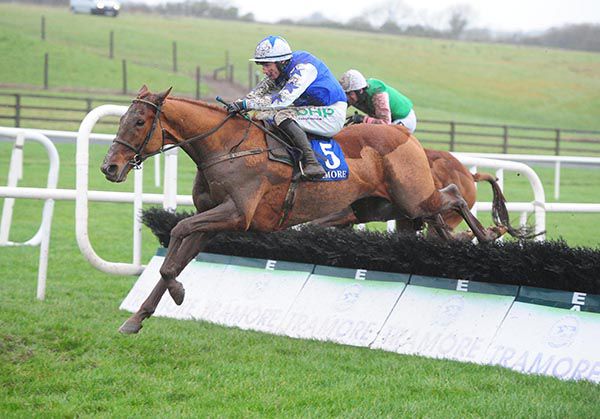 Willie Mullins sent out four for the 2019 Tramore Annual Badge Maiden Hurdle and the champion trainer had a 1-2 in the two mile five furlong event. Favourite Harrie (4/5, from evens) prevailed under Paul Townend.

When the victorious chestnut took over three out it looked like it might be straight-forward enough for the Supreme Horse Racing Club and Brett Graham-owned long absent performer.

However on the heavy ground it wasn’t that surprising that he’d have to work for the win, and stable companion Buck’s Billionaire (Patrick Mullins) finished out his race well.

Not well enough to get to Harrie though, and the winning margin was half a length. Getaway Kid ended up eight lengths back in third.

"That was good from the first two. I'm delighted with Harrie, that he got his head in front, and I'm delighted with Buck's Billionaire who was doing the job he probably should have been doing all along, but there you are, we had to try and win a bumper with him," said Mullins, who also sent out Decalage Horaire (last) and Miss Chevious Girl (10th).

"Harrie was very keen and jumped very well. I think he was putting himself in the race way too early, which meant he was using himself up a lot. It was great to see him coming back at the end on a second wind.

"He always works well at home, and is a fantastic jumper. Jumping is the key to him. I think we will bring him back in trip to two miles, and push Buck's Billionaire out in trip. There is plenty to look forward to with both of them."

Garrett James Power, trainer of Call Curtin reported to the Stewards' Secretaries that his charge had a wind operation since its previous run.