Harrington & Foley double up with Leo 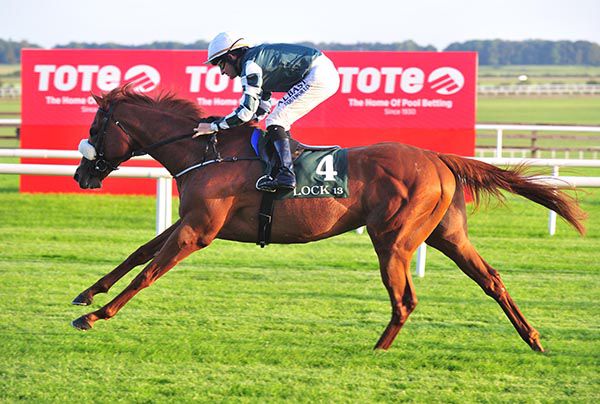 There was a first and last race double for in-form duo Jessica Harrington and Shane Foley at the Curragh tonight when Leo De Fury ran out an impressive winner on his debut in the Silken Thomas & Lock 13 Irish EBF Maiden.

The son of Australia was sent to post a 7/1 shot for his first outing in the ten furlong contest and was produced to lead at the furlong marker.

Leo De Fury is out of a full-sister to Group 3 winner Forgotten Voice, from the family of Breeders Cup winner Arcangues.

Harrington said:- “Shane said he didn’t come down the hill that well but he gave him a chance and got him organised.

“I don’t have him that long but we think he’s a nice horse, and it’s lovely to win with him at this meeting. I think he’ll go on improving and he is one to look forward to.”