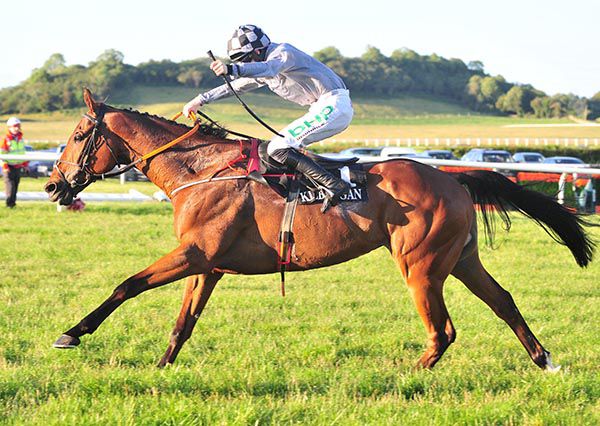 Successful over the course and distance in June of 2017, the eight-year-old failed to score in six starts last year, but was a fair eighth in the Galway Plate.

Last seen finishing fourth at the Listowel Harvest Festival, the son of Flemensfirth was sent off at 7/1 (from 8s) this evening in the colours of Clipper Logistics Group Ltd.

Settled behind the leaders by Rachael Blackmore, he made good progress into second from two out and led after the last, keeping on well under pressure on the long run-in (final fence omitted) to score by four and a half lengths.

The Michael Hourigan trained Hash Brown (13/2) finished second under Darragh O'Keeffe, while Mrs Lovett (7/1) was another length and three parts back in third. Art Of Security who was backed from 25s this morning and from 11s to 6s on-course, finished fifth, while the 5/1 favourite Barra was sixth.

Blackmore said afterwards: "He is a high class horse and it is good he is back to his old form. He jumped really well and it was my first time riding him.

"He has been off a little while so it was a good training performance to get him to do that on his first run back."

Owing to the low lying sun, the Stewards granted permission for fence number one to be omitted from this race.