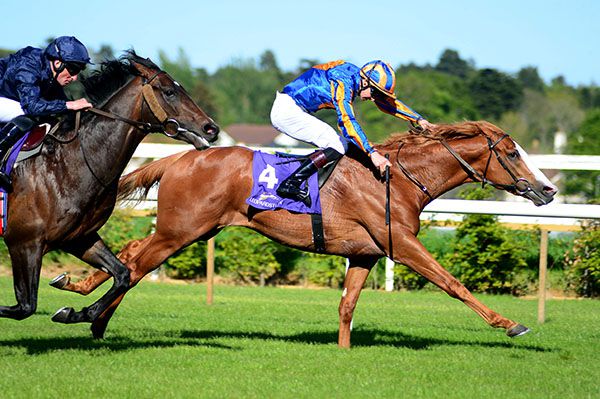 Il Paradiso the 5/6 favourite, took the nightcap in Leopardstown under Donnacha O'Brien who grabbed his third winner on the card.

Aidan O'Brien's Galileo colt arrived on the scene passing the two pole in this mile and a half maiden. He was then ridden a mile and a half down to go on and win his race.

Stablemate Harpo Marx threatened to make a race of it as he closed well inside the final furlong but Il Paradiso was driven out to win by half a length.

Harpo Marx took a lot of credit from his second place at 20/1. He was a length and three parts ahead of third-placed Yonkers (9/1).

Aidan O'Brien said: "We're delighted with him and he stays well. He obviously gets a mile-and-a-half really well and he'll get further.

“He will progress a good bit and he might even get a mile-and-six. He'll be a horse that I'd say come Leger time he'll be coming into his own.

“He stays very well and I'd say he'll step into stakes company now.

“I was delighted with the second horse too.”

Il Paradiso brought up a double for the trainer who also saddled Broom to win the Derby Trial.

Jockey O'Brien was on Broome and King's Vow