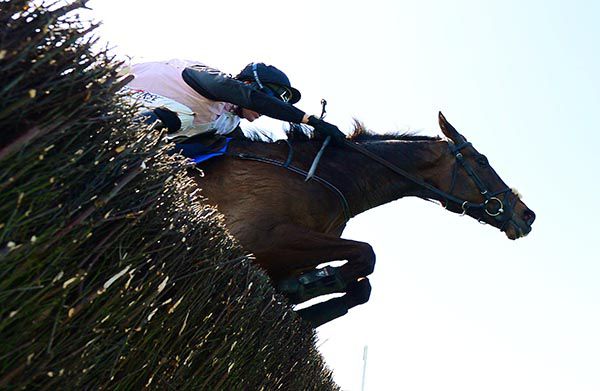 Impact Factor had some fortune on his side when taking a dramatic BoyleSports Novice Handicap Chase at Fairyhouse.

Nine runners competed with just five finishing but that only tells part of the story in this two-mile test with €50,000 on offer.

Mind’s Eye held a slight advantage over Impact Factor approaching the second last when veering sharply right under Rachael Blackmore and running out, in the process carrying out Snugsborough Hall who also held every chance at the time.

Impact Factor took full advantage and the 4/1 chance came home five and a half lengths clear under Robbie Power. Quamino filled the runner-up spot, with Kildorrery another five lengths back in third.

Winning trainer Jessica Harrington said, “We might have been lucky but Robbie thought he was going as well as anything. He’s fairly wayward and he could easily have run out after them!

“It’s great to have a bit of luck on your side. He’s had a wind op since his last run and will head to Punchestown now.”