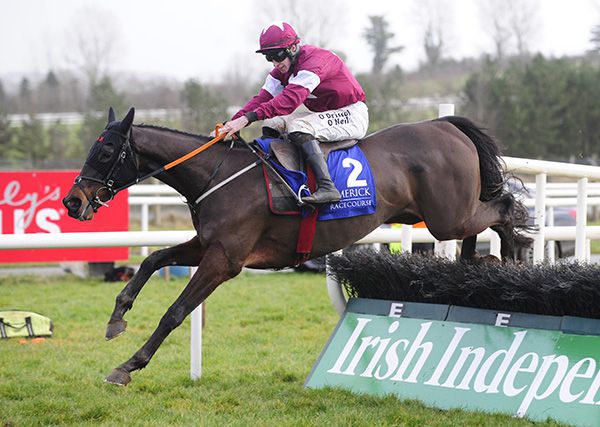 The son of Network was a bumper and maiden hurdle winner in November and today made the step up in grade today when making all for an easy 22 lengths win over 8/11 favourite Unexpected.

Easywork's form had received a timely form boost with the easy win of Mt Leinster whom he beat to win at Gowran in November, 15 minutes earlier at Leopardstown and following the race Elliott's assistant Ian Amond said “he looks a fair horse and was very impressive.

“Jack said they went a good gallop and for a lad who doesn't say too much, he was very impressed with him. He loved him.

“The form had just got a boost and he beat Mt Leinster fairly easy the last day. H eis a keen enough horse at home but settled well enough today and is obviously learning that way as well. He has always been buzzy but everything about him was very good today.”