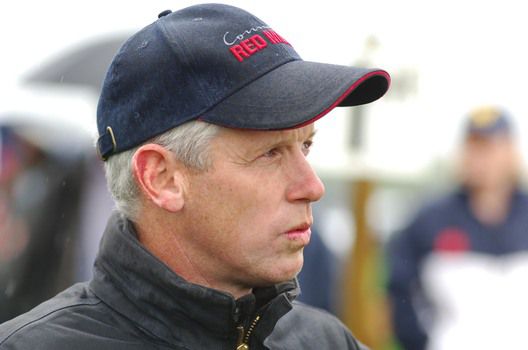 Carbury Co.Kildare trainer Philip Dempsey has enjoyed his best two seasons in terms of numbers of winners trained in the last two campaigns, and has his string in good form again this time around a the busy Christmas period draws nearer.

The Arcadio mare Iknowwhereiamnow gained her second win of the calendar year at Gowran Park a couple of weeks ago, and the JP McManus-owned Ten Ten won a good-class beginners’ chase at Navan yesterday on his third start over fences.

Unfortunately, the trainer’s son and regular stable rider Luke is sidelined at the moment, having sustained an ankle injury at Punchestown three weeks ago, but hopefully he’ll be ready to return early in the New Year.

In the meantime, the yard's good servant Mr Diablo is on course to run in the lucrative Paddy Power Handicap Chase at Leopardstown, a track where he gained his biggest win so far when taking a Grade B Handicap Chase in March 2017.

The Presenting gelding was prominent for a long way before finishing seventh in the recent Ladbrokes Troytown Chase at Navan, a race in which he was second the previous season having had the benefit of a recent run. On this occasion, he hadn’t run since March and Dempsey is hopeful of improvement on his next start.

“He came out of the race last time great and the plan now is the Paddy Power.

“We're delighted with him.”

Dempsey also had news of his smart staying hurdler Derrinross, last seen when making a lot of the running before eventually finishing sixth of twenty behind Minella Indo in the Albert Bartlett Novices’ Hurdle at the Cheltenham festival in March.

The lightly-raced Scorpion eight-year-old had previously won a Grade 3 novice hurdle at Cork (beating Sams Profile), and followed up in a Grade 2 novice hurdle at Limerick (defeating Defi Bleu), both wins coming in December 2018 on testing ground.

“We'd struggle to get him back for this year, he admitted.

“After he came back from Cheltenham we weren't happy with him and he was up and down to (vet) Ger Kelly.

“While he's riding out we think we might just give him the rest of the time off unfortunately.

“It's frustrating with the ground the way it is now and all last year we couldn't run him.

“He's a very frustrating horse and the amount of runs he'll probably have left is limited too.

“He's a nightmare but he's a good horse.”