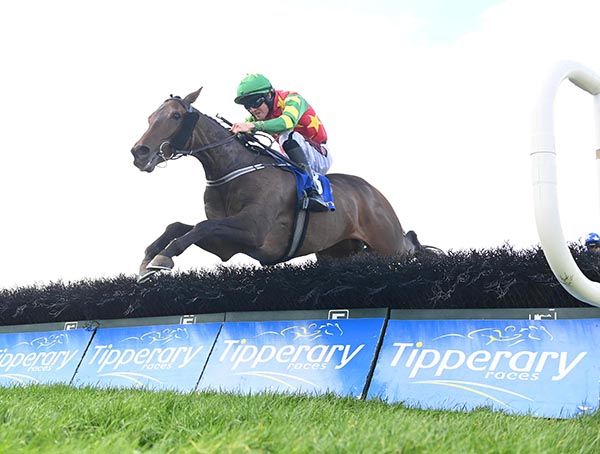 Good World scooted right away from the opposition for a decisive victory in the three mile handicap hurdle at Tipperary. Robindale cut out the pace in this staying test, however, a shuddering mistake three out saw her headed and she soon dropped the field. Saint Bernadette and Good World, the 2/1 favourite, went past her and it was the latter who picked up the lead two out. He soon readily increased the margin and drew right away by 10 lengths, in first-time cheekpieces, in the hands of Kieren Buckley. Mont Saint Vincent looked a threat as he moved into second at the penultimate flight but he was no match for the 'jolly' and came in adrift in the runner-up spot. Saint Bernadette dropped 11 lengths further back in third at 15/2.

Trainer Eoin Griffin said: "Things weren't working out for him early in the summer when he wasn't getting the rub of the green. We went chasing with him, that didn't work out and for a horse who jumps so well, you'd swear he never saw a fence in his life at Tramore one day.

"We decided to give him a little break to freshen him up and it worked. The ground is lovely, but is as quick as he wants it. Hopefully there will be another one in him before he gets a break for the winter.

"He is a small handy horse who is one of the favourites in the yard, is really genuine and a child would ride him."

This field was reduced to seven runners with five horses ruled out.