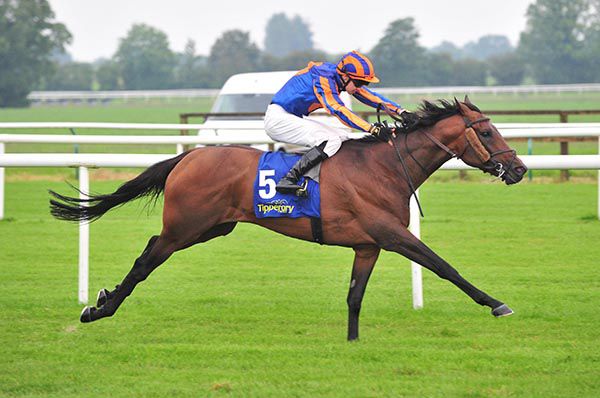 The father and son team of Aidan and Donnacha O’Brien were on the mark as Kangaroo Valley made virtually all for a very convincing victory in the Tipperary Maiden.

The son of Australia was fitted with cheek pieces for the first time in this 1m4f event, and took full control in the straight.

The 11/4 chance drew clear inside the final quarter mile, and stayed on strongly to score by eight lengths. Yonkers could only keep on at one pace in second, while Brexit Briefcase made a promising debut when staying on nicely to finish a further eight lengths back in third.

Donnacha O'Brien said, "Whatever gets out in front doesn't seem to be coming back and I decided to make plenty use of him and he stuck at it well.

"I haven't been riding him but he gave me a nice feel today and he did it well."