Kattani gets it right in style 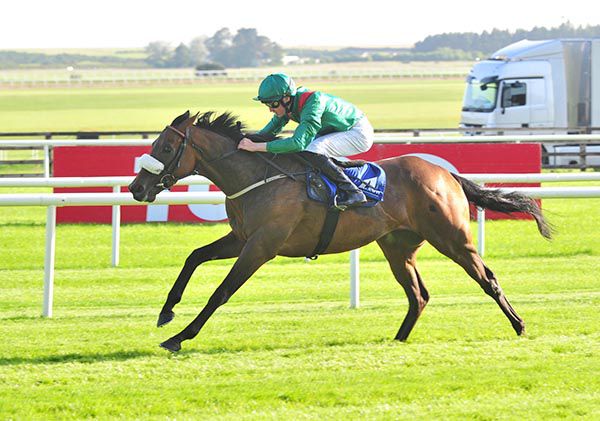 Kattani powered clear inside the final furlong to open his account in good style in the Troytown Irish EBF Median Auction Maiden at the Curragh.

The Dermot Weld-trained gelding came with a strong run under Oisin Orr to lead a furlong from home in the mile contest.

Things were soon settled as the 6/1 shot, carrying the colours of the Aga Khan, asserted to record a five length success over 25/1 shot Prisoner's Dilemma

Kattani had been beaten favourite on his most recent outing at Tipperary, finishing fourth, having been third on his previous run at Cork.

8/11 shot Piano Solo came to lead at the two pole but faded after being headed at the furlong marker, finishing fifth.

Weld said:- “He ran very well in Cork but just didn’t get home (over ten furlongs) and then he laboured on soft ground at Tipperary.

“This is his ground, and he worked very well the other morning which gave me the confidence to take on the favourite. The plan was for Oisin to take his time, get him to switch off and ride him to come home.