Keane doubles up on Ebtsama 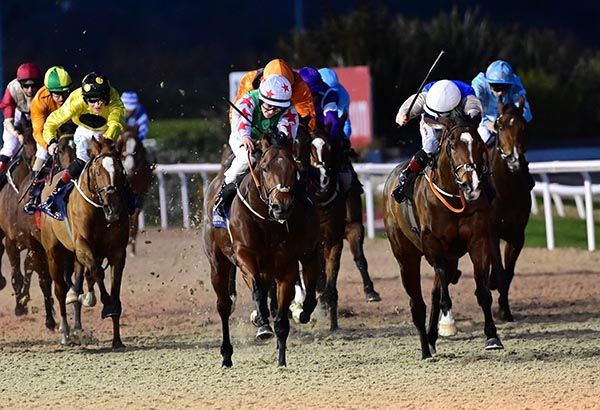 Colin Keane was seen to very good effect when getting up in the dying strides on Ebtsama (7/2) in the six-furlong maiden. Aces Wild looked set for victory when striking the front a furlong out but, on just his second start, was green and ran around when tackled by the more experienced Ebtsama. Twice runner-up for James Tate and having her second start in Ireland, the 67-rated Dark Angel filly prevailed by a short head from Aces Wild to complete a double for the winning jockey after Hale Bopp in the opener.

“He sent her to me to see if we could get a bracket with her. I've that bracket got for him now so I'd say she'll probably be retired now because she's going for breeding in the spring. The job is done for him.

“Colin was class on her and that's why he's champion jockey.”