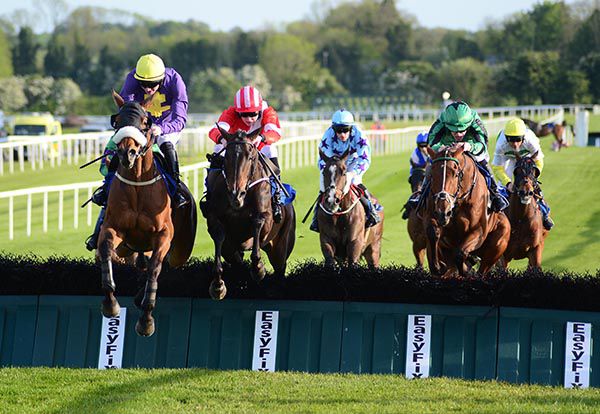 The eight-year-old gelding was produced to challenge after two out by Donagh Meyler and, despite a slight mistake at the last, got on top on the run-in to score by three quarters of a length.

The front-running Iknowwhereiamnow could find no extra in the closing stages, with Whatsinthecorner a further half a length away in third.

Weld’s son and assistant Kris said, “If he reproduced his Christmas run (at Leopardstown) he looked the one to beat and thankfully it worked out. The ground was a little quicker than he would like but it was probably the same for everyone.

“When he had to pull it out of the fire he did, and I’d imagine he’ll go for something similar next. He seems happier over hurdles, and is a fun horse.

“Donagh rides very well and gave him a good ride.” Georgeville initiated the Weld double when landing odds of 8/11 in the opening median auction race.