Latrobe in good form ahead of weekend return 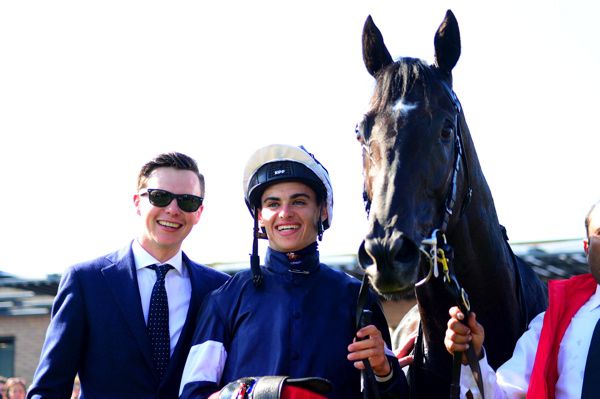 Irish Derby hero Latrobe is set to make his seasonal reappearance in the Alleged Stakes at Naas.

The Camelot colt provided Joseph O’Brien with his first Classic success as a trainer when claiming a narrow victory at the Curragh last summer.

He went on to finish second to Flag Of Honour in the Irish St Leger before being shipped to Australia, where he was only narrowly denied in the Group One Mackinnon Stakes in November.

A trip to Sha Tin for the Hong Kong Vase the following month proved a bridge too far — but speaking at a press morning at his yard, O’Brien reported Latrobe in rude health for his imminent return to action on Saturday.

He said: “I’m very happy with how Latrobe has wintered. He is a huge, big horse — and I think has come on from last year.

“He will probably start off at the weekend, and we’ll go from there.

“We will try and win a Group One — that will be the aim.”

Considering plans beyond this weekend, the trainer added: “He can have the Tattersalls Gold Cup as an early-season target, and we’ll see then what Lloyd and Nick (Williams, owners) are thinking.

“At the end of the year, he will probably go to Australia for the Caulfield Cup or the Melbourne Cup. With Lloyd and Nick, they would be the main aims in the second half of the season.”

Latrobe is one of nine entries for the Group Three Alleged Stakes.

Aidan O’Brien has given the option to the aforementioned Flag Of Honour, as well as top-class filly Magical — who was last seen filling the runner-up spot behind the brilliant dual Arc heroine Enable in the Breeders’ Cup Turf.