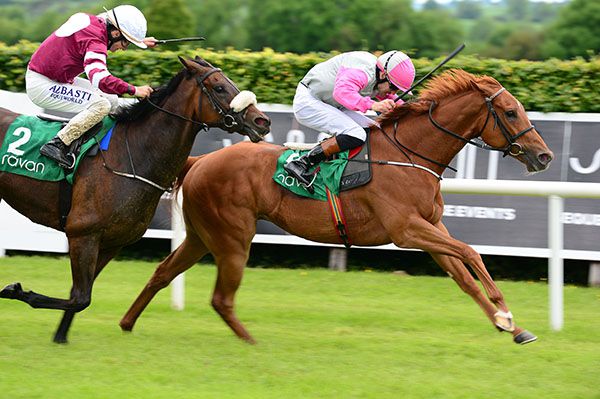 The Jessica Harrington and Shane Foley alliance was expected to click again thirty five minutes on from their win with Camphor in the previous race. Onlyhuman the 5/4 favourite, represented them here.

However he had to give best to front-runner Magnetic North who stuck on doggedly to triumph by half a length.

Royal Ascot looms large on the horizon for Lavery stable star Lady Kaya but the Summerhill County Meath operator was pleased to keep the winners flowing in the meantime, particularly as Magnetic North also runs in her own colours.

She said: “We've always liked him and we were very excited about him last year as a three-year-old but he just had real niggly problems.

“I think he just needs a bit of juice. He ran in Gowran on Wednesday and Robbie said he kept galloping but he just couldn't pick up on the ground, whereas today he absolutely loved it.

“The ground might just be the key to him. It doesn't have to be soft but just like today, a little softer than good.

“I threw him into the Royal Hunt Cup at Ascot but he won't get in. I'll look for something similar and hope that it rains.”