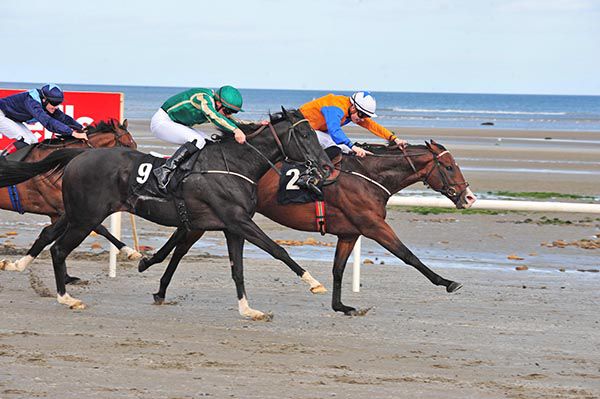 Plough Boy was today running at the racecourse for the first time as he notched up his 14th career win when beating Shore Step a neck, under successful jockey Shane Crosse.

Donnelly trains locally in north county Dublin and following the race stated “he's knows the place well as he's down here quite often. We thought six furlongs might just stretch him but had the advantage of knowing the beach so well.

“We said we'd let him bowl along today, he knows the place well, he's a legend of a horse and that's 14 times he's won now.

“Everything is so easy for him, no matter what you do with him he takes it in his stride.

“It's great for the lads who are great owners.

“There is a race in Dundalk for him in two weeks time. We usually give him a break when he peters out a bit. Those races aren't hard on him, six furlongs sure I'd do that myself!”