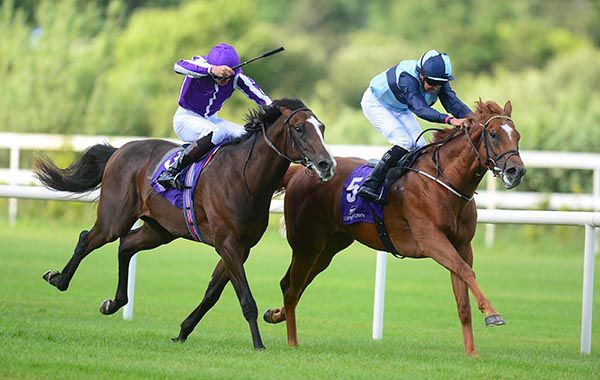 The Irish Lincolnshire raises the curtain for the Irish Flat season as the feature race at Naas on Sunday — but the supporting card also features some notable runners on what promises to be an exciting day.

The Lincoln carries a total prize fund of 100,000 euro and while the Group Three Park Express Stakes and the Listed Devoy Stakes are the two races with black-type status, the Madrid Handicap is also a race of historic importance and this year’s renewal is typically competitive.

Sixteen horses line up for the 50,000 euro contest over seven furlongs and with ground likely to prove testing for Flat horses, the one that catches the eye is the Johnny Murtagh-trained Parkers Hill

Niall McCullagh’s mount won his maiden on good to firm ground at Leopardstown last June but, crucially, had previously run well on his debut run at this venue on yielding ground the previous month.

He has been handed an initial handicap rating of 83, which looks more than fair, and he should go well under a light weight of 8st 7lb.

Racing gets under way with the Irish Stallion Farms EBF Maiden, a five-furlong heat for unraced two-year-olds.

Likely contenders include Value Chain who is owned by Jim Bolger’s wife Jackie but trained by their close friend, Brendan Duke.

Interestingly, Bolger’s stable jockey Kevin Manning is on board Value Chain, rather than the stable’s Feminista the mount of Rory Cleary.

With Aidan O’Brien not represented in the opener, Empire State will be the Ballydoyle maestro’s first runner of the new turf campaign in the following Kildare Post & Kildare Now Maiden.

This consistent 85-rated runner will give O’Brien a good guide as to where he stands with some of his other three-year-olds.

The one likely to give Empire State most to think about is Dermot Weld’s Baladiya who shaped with promise on each of his two juvenile starts.

Keep an eye out in the race, too, for Ruby Walsh, who rides Castletownshend for this father, Ted.