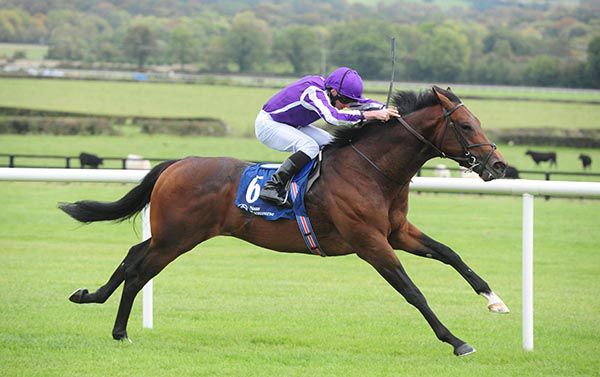 Ante-post favourite Magna Grecia is one of 24 colts confirmed for the Qipco 2000 Guineas at Newmarket on Saturday.

The Invincible Spirit colt won two of his three starts as a juvenile - rounding off his campaign with a Group One triumph in the Vertem Futurity Trophy at Doncaster.

He is the general 3/1 favourite to provide trainer Aidan O'Brien with a record 10th victory in the Rowley Mile Classic - and a third in succession following the recent triumphs of Churchill and Saxon Warrior respectively.

O’Brien said: "Everything seems fine with both (Magna Grecia and Ten Sovereigns) at the minute. So far so good. Everything has been well with them so far."

The potential Irish challenge is completed by Kevin Prendergast's Madhmoon, who suffered a surprise defeat on his return earlier this month.

The latter has been off the track since winning a Listed prize at Deauville last August and has been supplemented at a cost of 30,000 pounds.

Appleby told www.godolphin.com: "Al Hilalee pleased us in a racecourse gallop at Meydan on April 20th and we have decided to supplement him for the 2000 Guineas.

"He won both his starts last season and is fit and well at the moment. We felt that he deserved a crack at what looks to be an open race."

He added: "He has spent the whole winter in Dubai and arrived back in Newmarket on Sunday morning (April 28th).

"We have always felt that Al Hilalee was going to be a potential Derby horse and the 2000 Guineas is one of the best Derby trials.

"He is not going to look out of place in an open renewal and I am confident that he can run a big race."

Other hopefuls include Martyn Meade's Advertise, the Hugo Palmer-trained Set Piece and John Gosden's pair of Azano and Kick On.