Market gets it all wrong with Golazo 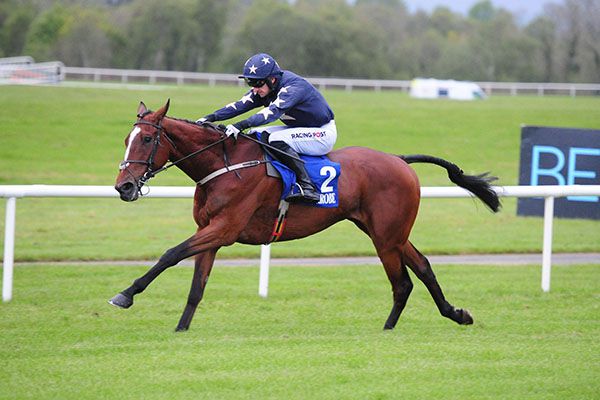 Golazo was very easy-to-back at 2-1 for the Ballinrobe bumper but he pulverised his rivals by nine and a half lengths for Willie and Patrick Mullins.

The 4/6 favourite Coolagh Park had tracked him throughout but was niggled along in the final half mile by Jamie Codd.

Coolagh Park cracked passing the two pole as Golazo went for home. The race was over in the final furlong as Golazo galloped home clear.

Coolagh Park came in second with outsider Jerry Russell three and a quarter lengths behind him.

Patrick Mullins said: "He's a home-bred and he's one for jumps and a trip.

"He's a fine big chasing type and we were worried about how he'd get on around here.

"They've done a wonderful job on the ground though and it's very safe.

"It's great to get the first one on the board for the season."

Golazo had drifted from 8/13 in the morning.