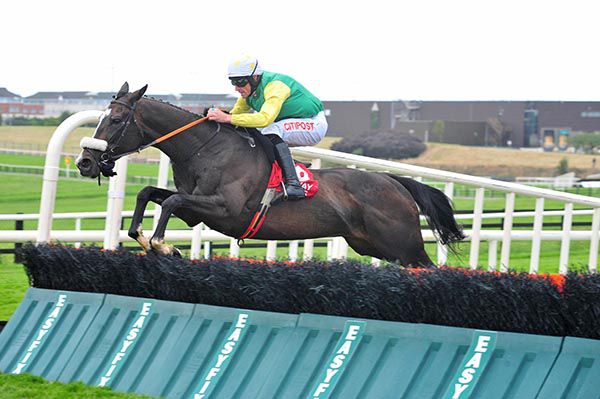 Trainer Tony Martin and owner John Breslin teamed up for their third winner of this year's Galway Festival with Mr Everest in the opening maiden hurdle of day six.

Mr Everest ran second in this race last year but made no mistake this time in obliging at 6/4 joint favourite.

He was switched out by Davy Russell to challenge market rival Estelle Ma Belle at the second last before the pair moved over onto the rail to sweep past the leader.

The six-year-old gelding travelled powerfully round the home bend and put in a good jump at the last.

He stuck to the inner as Estelle Ma Belle raced track-width apart and he was ridden out to score by four lengths.

Born By the Sea (8/1) was three and a half lengths adrift of runner-up Estelle Ma Belle.

Tony Martin said: "Things are going very well and it is brilliant. He had a couple of good runs over hurdles and was second in this race last year.

"On Monday night we thought he had a great chance in the amateur handicap but unfortunately there was no gallop and we got no run.

"Maybe it was a good thing, though, as he bounced out well out of it and came home great and not a bother on him.

"We are delighted to get this win today with him and he's a novice for the rest of the season now.

"He's not too far off the top novices and you'd be hoping to go the novice route rather than the handicap route and hopefully he can also run in those top staying flat races."

Mr Everest is a triple winner on the Flat including in last year's November Handicap at Naas.