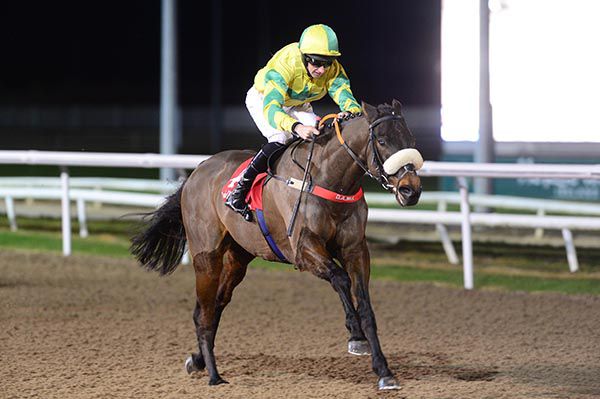 He sent his mount clear after a quarter of a mile and the pair increased their advantage to 10 lengths at the halfway stage of this extended mile and two contest.

The lead was cut into in the final furlong but they still had five lengths in hand at the line. Tooreen Legend came in second at 14/1 with Markhan half a length further back at 9/2.

Trainer Dermot McLoughlin said: “That’s the only way to ride him, and he broke well tonight. He’s tough and genuine and that’s six wins here now for him.

“We dropped him back in trip because there was no other race for him. He was in good nick and it was a good ride for a National Hunt jockey!”