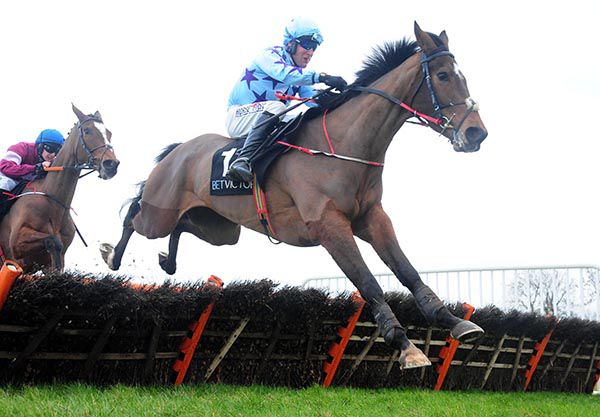 John McConnell hopes the decision to pull Go Another One out of running at Aintree pays dividends when he lines up in the I.N.H. Stallion Owners EBF Novice Handicap Hurdle Series Final at Fairyhouse today.

The seven-year-old has been ultra-consistent this season, starting last July at Bellewstown.

He had a break between November and February with the aim of running at the spring meetings, but rain at Cheltenham and Aintree means he arrives here fresh.

“We took him over to Aintree with the aim of running on the Friday, but all the rain on the Thursday meant it would have been pointless, he needs good ground,” said McConnell.

“We’ve had several options for him, but have decided on this one and we’ll claim 5lb off him with Conor Orr.

“It’s his first run over three miles, but if he improves for the trip, which we think he might, then he’ll be competitive — but it’s a tough race.

“I wouldn’t say he’s been hammered by the handicapper and we’ve been pleased to see Canardier run well at Cheltenham and Aintree as we were second to him giving him weight at Cheltenham in October.

Defi Bleu, third in the Martin Pipe at Cheltenham, heads the weights.