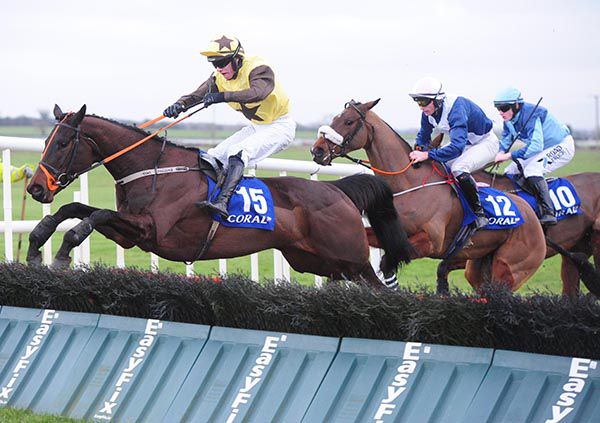 Emily Square was delivered with a well-timed charge by Sean McDermott to land the concluding Coral App Handicap Hurdle in style at Fairyhouse this afternoon.

Tom Mullins' charge had looked like she might play a part in the finish before unseating two from home at Punchestown last month.

She was delivered to lead over the last in today's two-and-a-half mile contest and shot clear on the run-in for an eight length victory at odds of 12/1.

The Bushranger mare was opening her jumping account having scored twice on the Flat.

Mullins said afterwards:- “Sean said she took a long time to warm into it today. She did eventually and two and a half miles is her thing or maybe further.

“She won well in the end but I’d say they went too fast early on and she was ridden out the back.

“Sean rides out for me one day a week and I’m glad to get him that winner. He’s going back to America in March.”

McDermott is now based in Maryland in the US where there is no jump racing from November to March.