Middleton Stakes return among the options for Sea Of Class 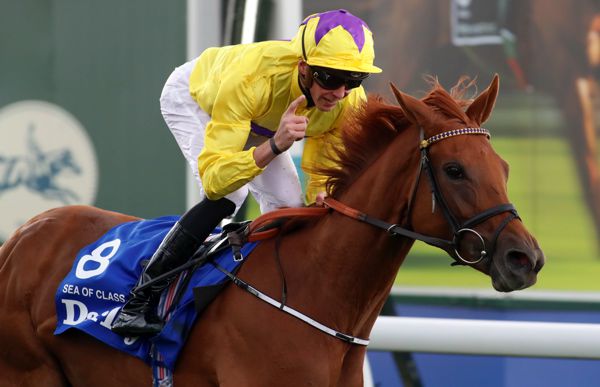 William Haggas is considering the Middleton Stakes at York as a potential comeback target for his star filly Sea Of Class.

The daughter of Sea The Stars enjoyed a magnificent three-year-old campaign last season, winning four of her six starts including the Irish Oaks and the Yorkshire Oaks, before being narrowly denied by John Gosden’s Enable in a thrilling renewal of the Prix de l’Arc de Triomphe.

Haggas is not keen to commit to future targets, but raised York’s Dante meeting as a possible starting point.

“She’s fine. I’m very happy with her at the moment,” said the Newmarket handler.

“It’s a bit too early to be making any definite plans. There is so much talk about Enable and Almond Eye, I think we’ll just keep things quiet.

“We could start off in May in the Middleton Stakes, but we’ll see.”

Sea Of Class is a a general 5-1 shot to go one better than last season in this year’s Arc — with her rival Enable the 4-1 favourite to become the first horse in history to win Europe’s premier middle-distance prize three times.

Should Sea Of Class head to York, she is likely to clash with another Gosden filly in the shape of Lah Ti Dar, who was runner-up in the St Leger last season.